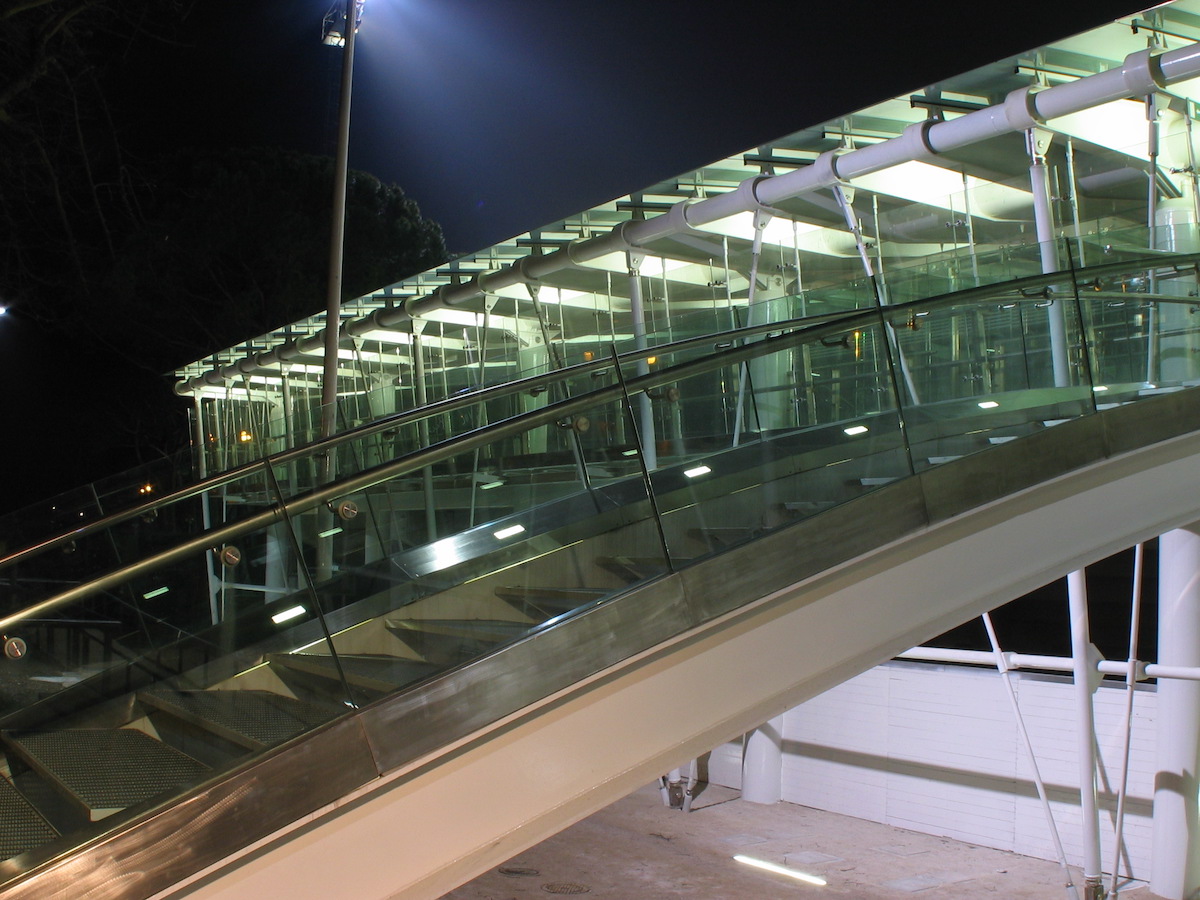 THE PRIMARY ‘MATERIAL’ OF THE PROJECT IS THE CONTEXT IN WHICH IT’S LOCATED.

The new gallery is housed in a park where the rhetoric of the political regime in 1926 raised one of its many symbols of power: the complex of Municipal Stadium. The stadium and its vestiges are testimonial of Lictor architecture and the “new image” that Europe was anticipating; exaltation of mass, volume, matter.

The notable “project material” is the natural park where it is situated and the sensation of lightness amidst a certain tinge of complexity. In the new grandstand the alternation of structural elements of opaque and transparent glass parts, gives a sense of light and shadow, keeping a close connection with nature, as beams of light enter the structure’s cover, almost disappearing as it blends in with the surrounding environment, trees, branches and leaves.